K-BALLET COMPANY was founded by Tetcsuya Kumakawa, principal dancer, choreographer, and artistic director in1999. He produced his own versions of “Giselle”, “The Sleeping Beauty”, “Swan Lake”, “Coppelia”, “Don Quixote”, “The Nutcracker”, “Le Corsaire”, “Romeo and Juliet”, “Cinderella” and the 15thanniversary production “La Bayadere” would be a world premiere in March 2014.

In 2012, he was invited to be the Artistic Director for the Bunkamura Orchard Hall, Tokyo.

He opened K-BALLET SCHOOL in 2003, which is a professional classical Ballet School in Japan and is the official associated school of the K-BALLET COMPANY. K-BALLET SCHOOL has been educating younger dancers with his own method and has been cultivated its environment for ballet education in Japan.

He founded also a junior ballet company, K-BALLET YOUTH in 2012, and is giving the younger dancers the best possible education to equip them for a career in the world of dance. 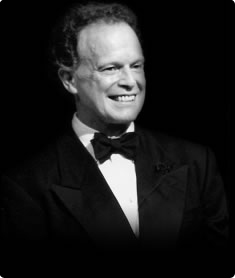 Born in London, and studied at the Royal Ballet School. He joined the company in 1961, and was promoted to Principal in 1966. Dowell created his first role in 1964, with Frederick Ashton’s Oberon in The Dream. The ballet also saw the beginning of Dowell’s Partnership with Antoinette Sibley, who created Titania. Since then, Dowell was well known as one of the great danseur nobles of the 20thcentury. In his time with the company he created many roles for leading choreographers. He was appointed The Royal Ballet’s fifth director 1986-2001. Dowell was made a CBE in 1973, and was awarded a knighthood in 1995.

Dowell first saw Kumakawadance when he was a student at the Royal Ballet School. He recognized Kumakawa’s proficient and amazing talent and picked him for the company then soon after promoted him to principal. Their relationship has continued after Kumakawa left the company. Dowell was appointed as the president of K-BALLET in 2003. Dowell made guest appearances inKumakawa’s “The Sleeping Beauty” and “Don Quixote”.